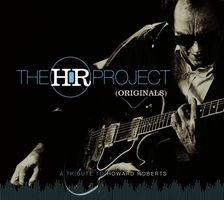 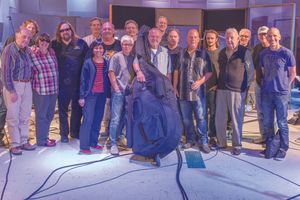 After more than two years of filming, recording and research, the story of Howard Roberts, the late jazz guitarist and recording session great, will be available on CD, DVD and on-line. Roberts’ son, Jay, the producer of the event has documented his father’s extraordinary and influential career with filmed interviews of the guitarist’s colleagues, close friends, family and industry peers, more than thirty of whom will gather for the celebration.

Roberts says, “We’re thrilled that a 90-minute Celebrity Guitar Summit concert will comprise many of the world’s greatest musicians paying tribute to my dad.” Performers include Ernie Watts, Russell Ferrante, Chuck Berghofer, Carol Kaye, Ralph Humphrey, Howard Alden, Mitch Holder, Tim May, Mike Anthony and several other surprise guests. The evening culminates with an instrument auction and the open post-concert Big Now Jam that also showcases celebrity musicians and scholarship recipients. Proceeds will help support the Howard Roberts Scholarship Fund and all the performers will be available for autographs. Tickets in the form of donations will be available at the door or on-line at the Howard Roberts Tribute Website: www.howardrobertsproject.com. The gala is sponsored by Roberts Music Institute, Gibson Guitars, C2 Imaging, Mackie Audio, Quilter Amplifiers, Ampeg, Yamaha and Zildjian.

The Howard Roberts Website will offer over thirty hours of interviews with such music luminaries as Lee Ritenour, Carol Kaye, Bob Bain, Ernie Watts, Jeff Baxter, Wolf Marshall, and many of Howard’s closest friends - all free of charge.

Jay Roberts spent years gathering stories from the great artist’s family members, friends, music historians and virtually all of his professional peers. He collected photographs from the guitarist’s previously little known but vitally important history in addition to dozens of humorous anecdotes and recording session recollections about his famous father.

Roberts says, “This project has revealed so many wonderful things and significant details about my dad. I found a strong consensus that H.R. was not just Hollywood’s favorite session guitarist, but that players all over the country eagerly awaited his next album. This documentary illuminates his influence on so many careers.”

Howard Roberts was revered as one of the most frequently heard and recorded guitarists in history. His list of television, film and recording credits was virtually limitless. A short list of the television shows Roberts created music for include The Twilight Zone, Green Acres, The Munsters, The Andy Griffith Show and Batman. He also recorded with The Beach Boys, Elvis Presley, Frank Sinatra, Peggy Lee, The Monkees, Ray Charles, Sarah Vaughn and many more. And just a few of his film credits include The Sandpiper, Cool Hand Luke, Dirty Harry and Camelot.

Moreover, the tribute will pay homage to the Hollywood studio era of the 1950s, 60s and 70s and chronicle that scene right up to the present day. More important it will showcase many of the groundbreaking educational, innovative and ingenious teaching techniques Roberts employed at his avant-garde Guitar Institute of Technology.

Event produced by Roberts Music Institute. NAMM has no affiliation with or liability for this event. 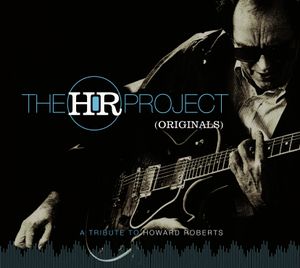 The HR Project is an ongoing tribute to the legacy of Howard Roberts, or "HR" as he came to be known, and features several of the most sought after and frequently heard studio musicians today... many of whom played with and were inspired by Howard. ORIGINALS is the first record in a series that captures some of HR's original songs, recorded with some of the original artists from the originally recorded versions.

A Silent Auction Featuring Premiere Equipment from our Sponsors will take place at the Howard Roberts Celebrity Guitar Summit, to Raise Funds for Scholarship Recipients.